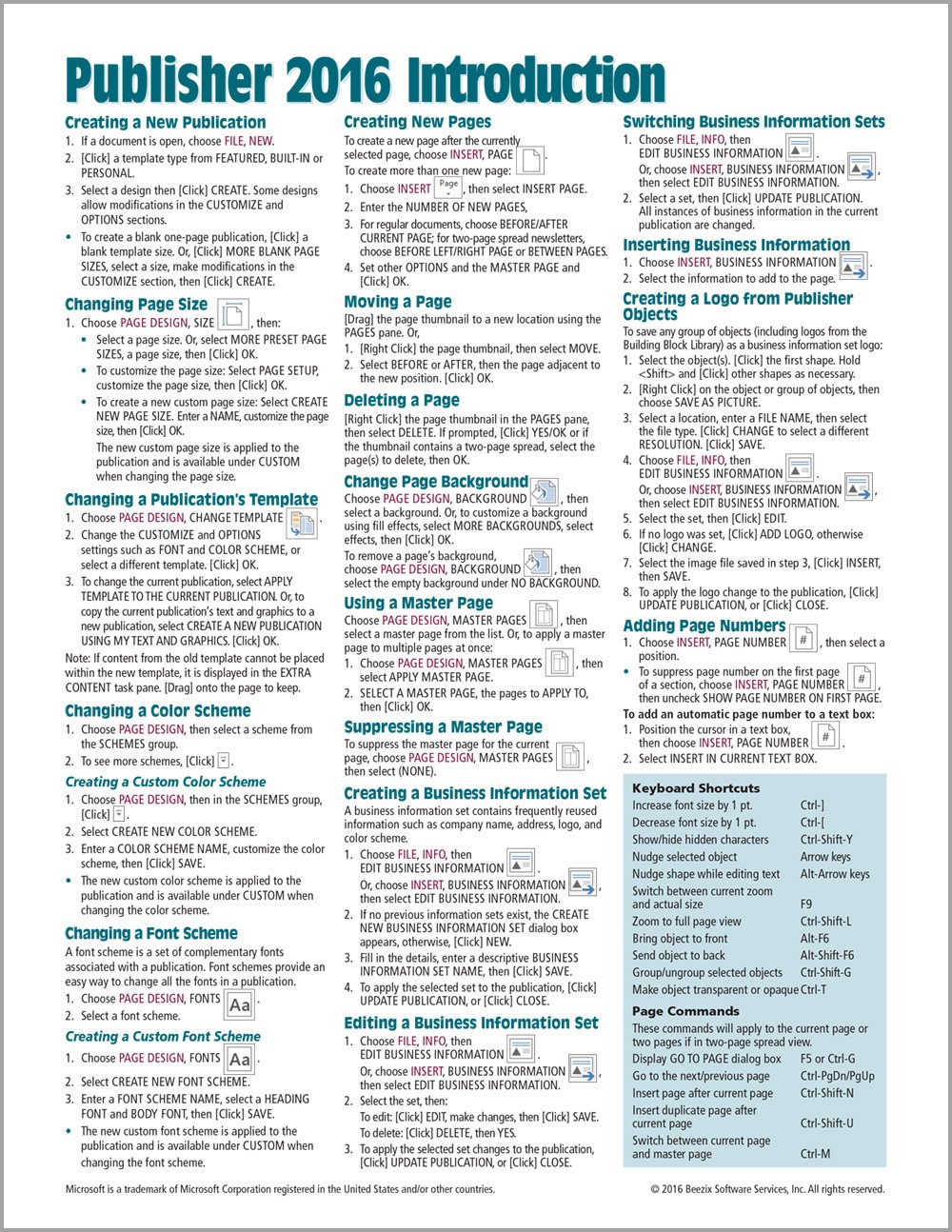 Microsoft Publisher is a desktop publishing application from Microsoft, differing from Microsoft Word in that the emphasis is placed on page layout and design rather than text composition and proofing.

Publisher is included in higher-end editions of Microsoft Office, reflecting Microsoft's emphasis on the application as an easy-to-use and less expensive alternative to the 'heavyweights' with a focus on the small-business market, where firms do not have dedicated design professionals available to make marketing materials and other documents.[3][4] However, it has a relatively small share of the desktop publishing market, which is dominated by Adobe InDesign and formerly by QuarkXPress.[3]

Publisher supports numerous other file formats, including the Enhanced Metafile (EMF) format, which is supported on Windows platforms. The Microsoft Publisher trial version can be used to view .pub files beyond the trial period.[7][8]

Adobe PageMaker also saved files with a .pub extension, but the two file formats were unrelated and incompatible. 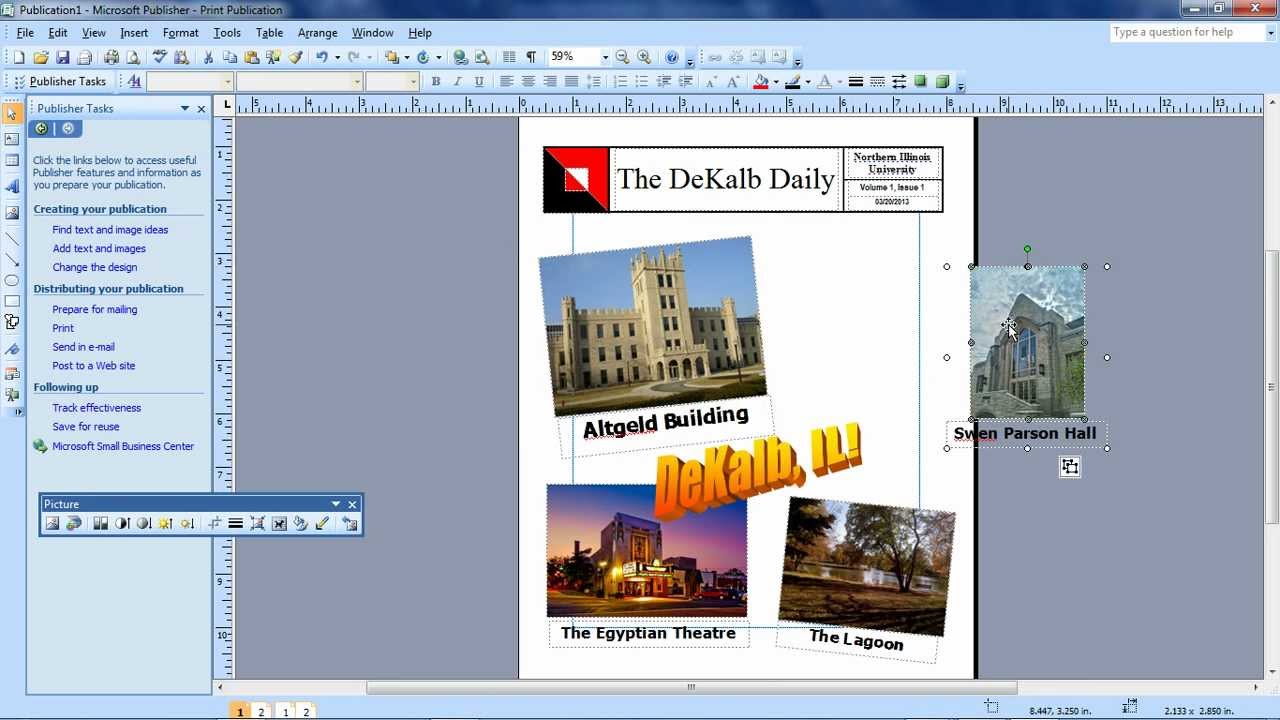 Microsoft Publisher 2013 is a publishing tool for desktop computers that comes with every copy of the PC version of Microsoft Office 2013, and it is built for novice users who want professional editing tools.

Unlike older versions of Microsoft Office, Office 2013 includes Publisher 2013, one of the most intuitive tools for creating print publications such as magazines, menus, posters, business cards, greeting cards, and much more. There is a free trial version of the software for those that want to test it out before purchase, but users must have a Microsoft account in order to take advantage of the free trial.

Microsoft Publisher 2013 includes a number of features that make it a leader in its field. It has a canvas where photos can be uploaded and arranged by simply dragging them from place to place, and pictures can now be swapped by dragging a photo over the one to be replaced. Once the mouse is released, the switch takes place. It is quite intuitive, and accidentally swapping images is easy to avoid thanks to the pink highlight and clearly marked icons.

The new Apply to Background command is quite handy as well. Users can now click on any image in the canvas and have it expand to fill the whole thing or become tiled so that multiple images in the original size populate the canvas.

Unlike older versions of Publisher, this newest iteration has been integrated into Office 2013 very thoroughly. To make this more obvious, formatting options and tools that already exist in PowerPoint and Word have been included in the same design. Perhaps the most helpful tool that was ported from Office 2013 is the app's ability to fetch photos from the internet using the credentials of the Microsoft account connected to the software. 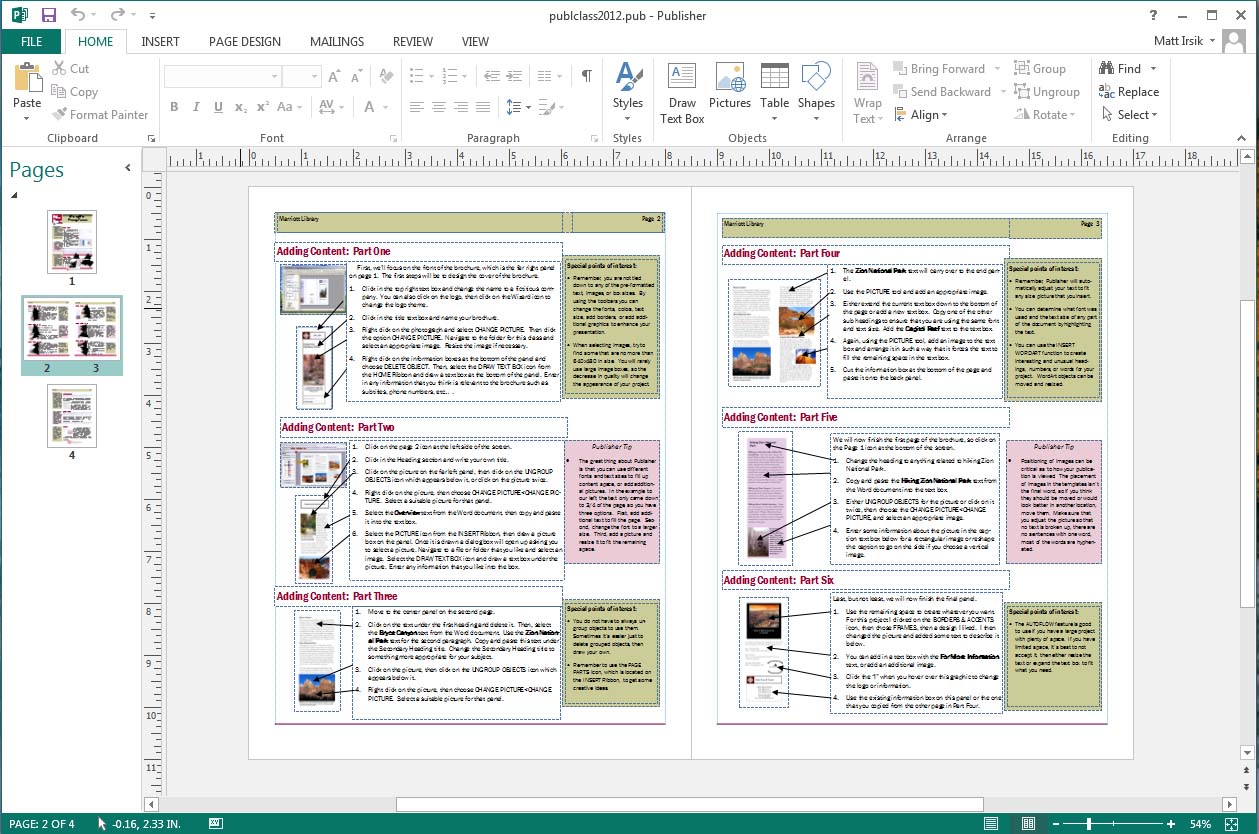 Users can use a single window pane within the app to search for images from a number of prominent social media sites, like Facebook and Flickr, as well as the clip art found on Office.com and any local images that might fulfill the search requirements. There is already a plethora of clip art, and the ability to search through the internet only gives the user even more control over the content they easily transport into Publisher.

Users will find that Publisher 2013 is also highly intuitive thanks to the streamlined user interface. There is a single tool bar that holds the vast majority of the most common commands, and there are also hotkeys and editing menus that can be shown with just a few clicks. On the right hand side of the app, all images uploaded to the program are visible in the Scratch Area.

For the novice or intermediate user that wants to create stunning print publications, there are few apps with the same utility and power as Microsoft Publisher 2013.